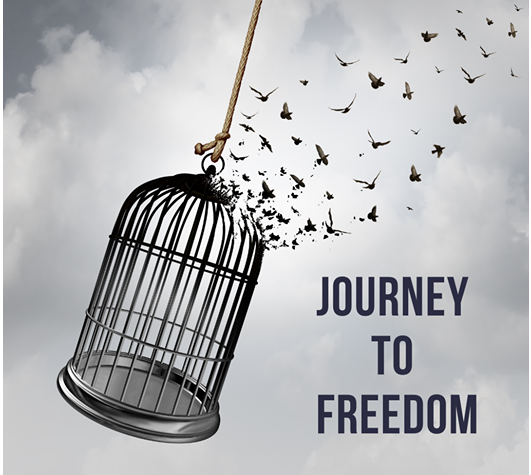 The original ‘Freedom’ sound came about in 2005 from a conversation with a good friend and fellow practitioner which led me to follow up on a question she had posed to me with the words ‘Well I’ll just leave that with you then’, (as she often did)

The realisations from that conversation were profound, and the Freedom sounds which eventuated from it are amongst the most powerful of the Sounds From Source programs.

They are based on the premise that there was an ‘agreement”’ at the beginning of time, and that the “fine print” in that contract allows specific family members to ‘drain, distort and manipulate’ our energy, generally through the electrical and energetic systems of the body.

My personal belief is that this ‘agreement’ has been ‘forgotten’ through the ages, yet is still well and truly applicable even in this day and age.

Again I am using a comment from my Sounds from Source colleague Susan Ormsby;

Comment from Susan – When Sheila first told me about the implications of this sound, I was amazed.

The way it was explained to me was as follows – at the earliest beginnings of time, an agreement was put in place to allow specific forebears to assist and guide us.

Much needed in the beginning and I would imagine very necessary. However, over the millenia, this forgotten ‘fine print’ has become obsolete and has been corrupted from its original purpose to become more of a way to drain, manipulate and distort our energy patterns.

This sound negates this now obsolete agreement. Interestingly, I have found that if a client is being affected by a ‘past life’ issue, usually this sound comes up to break the old agreements with ‘family members’ of that lifetime – so that they can no longer affect them here, in this life.

I believe Sheila channelled / downloaded this sound to correct this ‘oversight’.

When this sound first came through we toyed with all sorts of names, ‘Breaking the ties or chains’ and so on, eventually the name ‘Freedom’ came up and was perfect.

This powerful sound was used with almost every client for a number of years. Then fast forward some more years and additional in-depth information presented

Since sound no 80 there has been the creation of many more programs as we were guided to follow unknown pathways and literally follow Alice into the Wonderland as we delved into proverbial ‘rabbit holes’ and more.

Sound 240 Like the original sound no 80 they are based on the premise that there was an ‘agreement’ at the beginning of time, and that the ‘fine print’ in that contract allows specific family members to ‘drain, distort and manipulate”’ our energy, generally through the electrical and energetic systems of the body. My personal belief way back then was that this ‘agreement’ has been ‘forgotten’ through the ages, yet was still well and truly applicable even in this day and age.

In moving on through the years other levels presented themselves and we have needed to be and to do more, to go deeper and wider and virtually leave no stone unturned as we have searched for answers. The New Freedom Sounds – dimensional levels, took us to another level indeed and many have been the deeper level sounds which have flowed on from that time including the Freedom 3 sound no 785.

These 3 sounds negate the contracts’ and allow you to be ‘Free’ both physically and dimensionally.

As Susan and I forged on with the guidance and direction of Sound from Source we were asked to look deeper, wider and to forsake the safety of what we knew often for a step out into the unknown. We have been presented with knowledge and information that we would not have found in years of research even if we had known where to even begin looking and as that knowledge is shared with us sometimes we need to revamp or make an updated version of the original sound to compensate for the areas we are now aware of.

So was the instance of sound no 785 Freedom 3 which followed on much later than no’s 80 and 240 and which presented as a very powerful sound indeed.

Updated Comment from Susan – As we go along and we often end up not only becoming aware of new areas but also going deeper on the areas we have already thought we covered fully. While the original covers ‘fine print’, this fine print can also exist on other levels and often become even finer print and on Freedom three, different again and ‘super fine print’. It is hard to describe how having these sound played for you can feel. For me it is like being able to breathe more deeply and an awareness of greater movement and motion through the process of life itself.